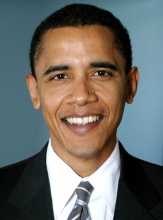 We don’t often think about biracial or multiracial people, probably because this cultural group is so marginalized and overlooked by both the dominant group and their culture of color. Particularly because of the dearth of research on these groups, as well as their dual marginalization, biracial students could need more individualized support than any other group. Multiracial and biracial individuals probably self-identify with a biracial, multiracial or shifting identity—that changes depending on the ethnic group that surrounds them, but others, specifically popular culture, may not allow them to group themselves into more than one ethnic box.

I was surprised to learn that biracial students are not given the opportunity to their specific ethnicities in the racial category of the census, or even check more than one racial box on their college admissions exams. I could imagine how these students could be particularly frustrated in having one or more of their racial and cultural histories overlooked on documents that could so easily include them—especially if visual perceptions generally force them into the single racial group into which they are presumed to fit.

Thinking about the “extraracial” category, or the post-racial, deconstructed point-of-view, into which many multiracial students self-identify, or even the identities of multiple monoracial or multiracial identities, these students may face more of a disconnect between their own self-selected identities and the racial identities that both majority and minority racial groups try and place them. The “post-racial” society journalists said we were living in after President Obama’s election would certainly accept multiracial identities more easily than we do today.

This example seems to be served by the fact that we call Obama our first black president, even though he is officially our first multiracial president. In some respects, this classification belittles his heritage, specifically negating his mother as being a part of his genealogy. Certainly, Obama’s experiences as a biracial individual were not identical to his black counterparts, nor, obviously, as his white counterparts. Instead, he faced opposition from blacks who said he wasn’t black enough, and whites who said he was too black. This idea needs to be taken into account when understanding the erasure of multiracial students’ experiences. Other celebrities who are grouped into a single minority when they’re actually biracial are Tiger Woods and Mariah Carey.