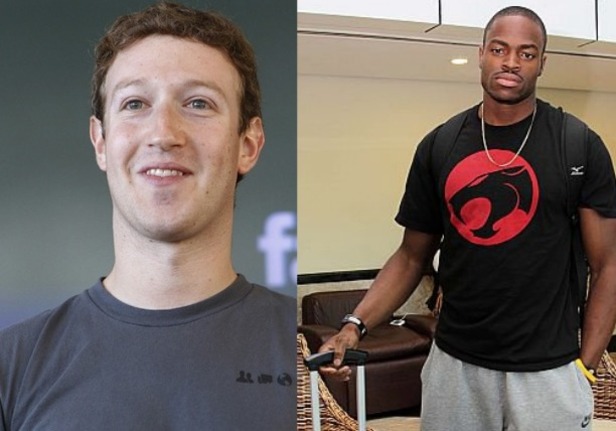 I know that Zuckerberg's roommate Samyr Laine is special being a Harvard alum and an Olympic athlete, but it is his insights into the Facebook CEO's character that intrigue me. So far, everything I have read about Mark Zuckerberg has impressed me greatly. It has made me want to learn more.

Rumor has it that Zuck created Facebook in an attempt to show how great he could really be to an ex-girlfriend. Additionally, he had a point to prove to the Harvard elitists who would not let him into their select clubs. So Zuck spent a lot of his time on the computer and came up with The Facebook. How can you not love that?

But what really is true about Zuckerberg? These days it is hard to know and it takes a guy like Samyr Laine to give you the facts with a straight face about the Facebook CEO. The two former roomies actually played a lot of PlayStation when they were roommates in Harvard’s Strauss Hall.

I guess these two guys represent what Harvard is all about. They were just regular guys that played PlayStation together, but right now Zuckerberg is at the helm of one of the most talked about companies on this planet and Laine is competing in the Olympics in the triple jump.

Even during his Harvard days, Zuckerberg was known to hack computers really fast and even was once an hour late for a computer science exam because he overslept, but ended up getting the highest score in the class.


President Obama's 'Regulatory Czar' to get back to Harvard Law School